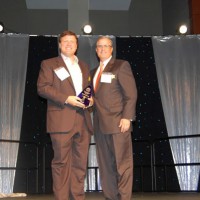 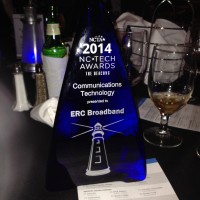 The ERC was named top Communications Technology company for 2014. 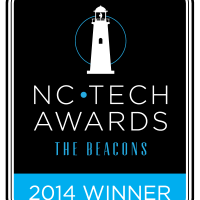 It is with great pride that the ERC announces it was named the 2014 top Communications Technology company at the NC Tech Awards last night in Raleigh. We are all very proud of our regional network, and this is a fantastic stamp of approval for our team’s efforts. Thanks to all who supported the ERC in this award. A press release will be forthcoming.

FCC considers a ‘hybrid’ approach to the Internet

FCC Chairman Tom Wheeler is now considering a “hybrid” approach for broadband access, reports The Wall Street Journal and Reuters. The link above will take you to an article describing the latest in net neutrality issues.

Chairman Wheeler’s proposed plan is a departure from what the FCC proposed last spring, which called to have broadband classified as an information service. However, Wheeler said that he would take suggestions on whether they should classify broadband providers as common carriers.

Asheville – the next green tech town !

The Huffington Post just wrote an article about cities that are becoming hubs for development of sustainable (green) technologies and they named Asheville as “one to watch”. Check out the article.

Nobel-winning message for the FCC

Jean Tirole’s Nobel Prize in Economic Sciences is being celebrated on both sides of the Atlantic by academics and economists. But there is no joy in the power circles of U.S. telecommunications policy. More than a decade ago, federal policy makers turned their backs on Tirole’s sensible assessments of private communications utilities — and with disastrous results.

CenturyLink and Frontier Communications say in a joint filing that the second phase of the FCC’s Connect America Fund (CAF-II) should support the regulator’s 10/1 proposed broadband definition in all rural areas they serve today. “If 10/1 is the new standard then all high-cost areas lacking 10/1 service today should be eligible for support,” CenturyLink and Frontier wrote in their joint filing.